It is not difficult to see the several consistencies between the COVID-19 pandemic and the Climate Emergency. You can find them in more than one dimension. Some involve the trajectories of the crises, while others reside in the human response or lack thereof. Things like acceleration and lagged effects are important for understanding crises that … END_OF_DOCUMENT_TOKEN_TO_BE_REPLACED 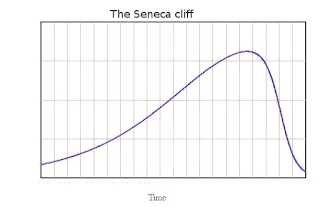 DISCLAIMER: This essay does not refer to “The Oath Keepers,” the extremist “anti-government American far-right organization associated with the white supremacy and militia movements.” Those who keep their oath to defend the U.S. Constitution by becoming whistleblowers in the era of Trumpery are the heroes referenced here. Most Americans have complained about the “faceless bureaucrats“ … END_OF_DOCUMENT_TOKEN_TO_BE_REPLACED

Yesterday, I read an article in the Scientific American discussing a key dilemma that stymies climate action. No standards exist that could provide firm measures of how much carbon emissions reduction is necessary by what date to avoid the worst climate chaos. The article asked the difficult question of how much CO2 we must remove … END_OF_DOCUMENT_TOKEN_TO_BE_REPLACED