Age seems to bring on associations with drugs the doctors say we need. Most are not addictive, though many don’t do much good and often have unwanted “side effects.” Sometimes the “side effects” are front and center! One of the discomforts of being a Jubilado (retiree, if you don’t know the word, en español) is the experience of the death of others in one’s own age group.

Few of us plan much for our death or that of others. When I hear that a member of my generation who is younger than me has passed away, it is especially disconcerting. Of course, we all must go eventually, but for myself, I’d rather it be later. When, later? Who knows? Just later.

But it is a matter of an entirely different order when we hear of a death of someone much younger, whom we have known since his birth. At our age, we find ourselves on the way to another medical appointment with uncanny frequency. On one such occasion at 8:30 AM,  about three years ago, while slogging through South Bay traffic to a UCLA imaging facility in Santa Monica, I got a call from a very close long-time friend, who abruptly told me her son had just died of a drug overdose. He was 30 years old; I was around when he was born.

“What?” I could not process what I heard. I had planned to visit her late the next day. “You can come over any time tomorrow; I’m not going to the gym.” With that veiled plea for me to come over sooner, she could not talk anymore right then. In all the years I had known her, since the early 1970s, she had never been at a loss for words. In that stop-and-go traffic on Pacific Coast Highway, so was I. I spent the rest of the week with her, working through all the many details of dealing with a death too soon. 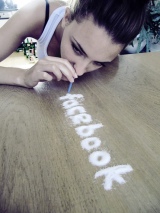 You just never know. I will not go into the details of a very vibrant young man’s death from an overdose of a mix of new designer drugs, or his girlfriend’s that followed. But from what I hear, a wave of such young deaths has swept the East Coast, then the West, in recent years. “Progress through chemistry” keeps the overseas illicit manufacturers ahead of the drug laws. So does the Internet, where rogue drugs produced somewhere in Asia without quality controls and at unknown strengths are purchased through distributors in other countries. Ironic. We seek solutions to all our problems through new technology and we create more problems with newer technologies, including the Internet.

Portugal abandoned its “war on drugs” years ago. Drug use has significantly declined there. When addiction does occur, authorities treat it as the “behavioral health” problem that it is; the patient is often freed of addiction or learns how to live with it.

Unfortunately, we in the U.S. live in a punitive society where “treatment” is something that is done to the patient; it is not so much done by the patient. It often fails, just like the mass incarceration that pretends to be the “rehabilitation” of those caught by law enforcement self-medicating with illegal drugs.

In our U.S. culture of profit over everything – into which the drug business fits so well – we treat our environment just like we treat children, and adults for that matter, who may have problems. We may treat symptoms, but rarely their causes, wondering why the problem persists. We punish indiscriminately. We find enemies everywhere, or we create them. Pablo Escobar and “Chapo” were products of the U.S. War on Drugs.

Terrorists arise in resistance to the invasions and occupations of our fossil-fueled global empire – a collective addiction. Death and destruction are products of our alienation from the living Earth we inhabit. That is why we can’t get a grip on the climate crisis we created by our alienated culture of extractive capital and wasteful consumerism. And, of course, we deny it all and project blame onto the enemies we have created. Addiction is the goal of marketing, which leads to diverse forms of illness or death. We need a new “culture war.” The culture of life must win over the culture of death. The alternative is a dead end.