I hear a lot of talk these days of “returning to normal,” after “this coronavirus thing blows over,”—as if nothing else has changed. We will not return to normal; what we thought of as normal is gone, if it ever existed. Nor will we arrive at some “new normal,” either bad or good. Change is far too rapid and chaotic now for that wish to have a chance.

In writing my forthcoming book, At the Edge of Illusion: Facing the New Great Transformation, I explored a great deal of research and theories on how societies work and how they fail. Today, American society appears to be failing badly.

Our future is likely to be far too unstable for us ever to consider it normal again. “Normal” implies the existence of some steady state. We have already entered an era of growing instability and unacknowledged change. Some scientists call it the Anthropocene. 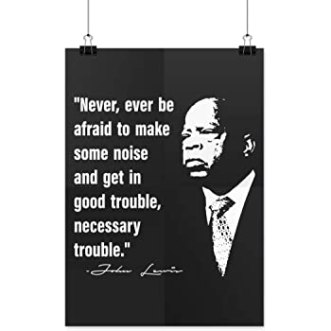 The recent rise of extended protests over continued racist police brutality and injustice is an indicator of both instability and opportunity, as well as institutionalized inequality before the law. Any resolution of such abuses and inequity depends on unlikely changes in corrupt institutions to achieve fairness and trust. Only the vast racial, generational, and class diversity of the protestors gives me hope. As John Lewis put it, “It’s different now.”

The abject refusal of the Trumpist administration even to try to mount a national campaign to stop the killing of Americans by the COVID-19 pandemic is extremely abnormal. That cannot change until Trump leaves the White House. But that does not mean we will return to “normal.”

Widespread political indifference to the accelerating chaos as climate collapse approaches is another indicator of the highly unlikely prospect for returning to our imagined “normal life.” As carbon emissions continue to grow, the climate emergency intensifies, and government inaction deepens societal breakdown. Like the 2019-nCoV virus, climate chaos will not simply “go away.”

Each of these trends suggests that just like the feeble attempts at “greenwashing” business as usual, our failures of political culture are weak forms of denial vainly attempting to pretend that the old normal is still achievable.

The growing anger over the politically caused public health disaster, and the continued white racism and extreme economic and social inequalities embedded within most American institutions, as well as the denial of climate chaos, all reflect a much deeper societal predicament.

Extreme Inequality in a Weakened Society

In their brilliant book, The Spirit Level: Why Greater Equality Makes Societies Stronger, Richard Wilkinson and Kate Pickett present irrefutable epidemiological evidence that a range of health and social problems are strongly influenced by extreme economic inequality and consequent tensions in society.

In their comparison of evidence from diverse countries and states within the US, Wilkinson and Pickett confirmed what many already knew. Because of the status anxiety and failed social cohesion under conditions of extreme income inequality, as exists in the US today, not only health suffers. Also, trust is very low and violence is higher than in societies that are less unequal in economic well-being. The US is one of the most unequal among industrial societies.

Unfortunately, that says a lot about the current inability of the US to self-organize its way to control the pandemic or to build a more livable future. The neoliberal political economy has made communities very weak and increased levels of mistrust and dissension. So, it is very difficult to pull together and organize any viable response to the growing dangers of the Anthropocene. After all, we still cause Earth-System instability by our blind obsession with economic growth beyond the capacity of the Earth System to absorb the pollution and waste our industrial consumer economy forced upon it.

The Unknowable Way Out

No, we will not achieve any new normal, unless you consider growing chaos and suffering a state of normality. Instead, we will struggle to find our way under increasingly chaotic environmental conditions that nobody would wish upon us. We must overcome the current state of social and political breakdown and establish a modicum of trust, or humans will ultimately fail as a species. A great deal of scientific knowledge awaits our deployment for emergency action.

The bottom line is that the American people must regain the social cohesion and trust that we have lost or perhaps never had as a nation. No less is required to engage in the mutual aid and support that are now so important, yet so foreign to alienated Americans today. Despite the growing dehumanization and hatred fomented by rising neo-fascists, we must reduce the extreme inequities amplified by Trumpism and the power elites. We must forge new social relations to support the process of collectively responding to the existential threat of ecological and climate chaos before us, in part by rejecting the normalization of social insanity.