When my well failed a while back, I had just begun re-reading E.F. Schumacher’s book, Small is Beautiful: Economics as if People Mattered. It is a remarkable book, even more relevant today than in 1973, and available in many newer editions. Schumacher’s perspective of “Buddhist Economics” emerged from his experience as an economic development expert in Burma and his time spent in a Buddhist monastery there. The viewpoint he expressed was more profound than recent, though valuable, critiques of neo-classical economics and the endless-growth economic ideology. 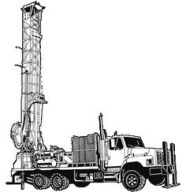 I watched Daniel and his helper set up the big well-repair rig with its crane and other equipment required for such jobs. The engine was running, supplying the power for the hoist and crane. Several other mechanical devises allowed them to raise then secure the pipe, wiring, and connectors, holding them in place. That allowed them to disassemble the wellhead components to make their repairs. Fortunately, the problem turned out to be an intermittent short in a wire not adequately secured, allowing friction to produce a sporadic failure of the pump to maintain water pressure. The fix was relatively cheap, far better than having to deal with an exhausted well.

It was interesting to watch the merging of manual labor with fossil-fueled powered equipment. I started thinking of how they might accomplish such work without burning so much fossil fuel. Clearly, the men needed a lot of power to leverage their work with the manual tools. Electrical motors powered by lead-acid batteries recharged by the truck’s engine drove the equipment.

If an electric motor drove the truck itself, powered by its own batteries, the whole operation would have been relatively free of carbon emissions. However, if the battery charging system back at the shop got its electricity from the grid, powered mostly by coal-fired and nuclear power plants, such a system would still contribute carbon to global warming.

If an array of photovoltaic solar panels charged all the batteries, however, the whole system would be mostly free of carbon emissions. All of the necessary technology for such a setup exists today. Like any system, it would require new investment. As far as I know, nobody has set up such configuration yet although the technology is available.

In order to achieve a low carbon footprint, we do not need to give up the necessities of modern life, though we will have to curtail significantly our profligate “consumer lifestyle”. After decades of delay in taking significant climate action, recent research findings demonstrate that we have reached the tipping point where only radical societal transformation can constrain the most severe climate chaos, ecosystem collapse, and species extinction.

No minor “ecomodernist” tweaks of green consumer products will be enough. Nor can risky illusions of geoengineering the atmosphere address the deeper problem of the “technosphere” overshooting the Earth System’s capacity to carry its destruction. We must redirect current massive investments of capital into the doomed financialized globalized economy of growth toward replacing it with appropriate technology locally applied.

We need to convert our power generation to emissions-free technologies that are available today, and not waste energy on the pursuit of high-tech trivia. We have the knowledge; we need the action, now. We will have to give up the excessive consumerism and the reckless waste of the growth-at-any-cost global economy. Fewer ephemeral consumer products, replaced by carbon neutral, higher quality necessities, and a refocusing on human values as their measure, are all necessary. That will mean that society will have to run the economy, not the other way around. For more on carbon emissions, ecological overshoot, and the costs of affluence, see other posts at www.thehopefulrealist.com.