Ideologies defend the status quo; utopias propose perfect futures to replace the difficulties of life in the present. Strangely, sometimes the two get all mixed up together. That is the case today.

The corporatist culture frames a utopian future as its ideology used to justify “staying the course” of the present globalized economy of endless growth of extraction, production, consumption and waste on our finite planet. Its ideology proclaims utopian dreams of a future that is far more likely to become a dystopian nightmare.

The utopian dreams of mainstream economics and its corporate culture have two sides. One is the absurd illusion of endless economic growth itself. The other is the false narrative that human well-being and happiness result from endlessly expanding our consumption of industrial products. The impossibility of endless growth on a finite planet seems so obvious. Yet, like the illusion of human happiness achieved at the big-box store, it remains the assumption underlying the entire global economy. 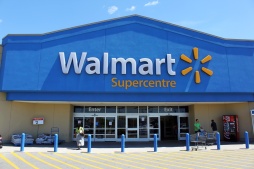 We cannot fully grasp the importance and destructiveness of such corporate economic illusions without understanding the culture of consumerism and the behavior it has spawned. The utopian dreams of perpetually expanding industrial consumerism provide key drivers for the out-of-Nature economy. We no longer have a population of citizens; we have people who identify primarily as consumers, whose life goals revolve around shopping.

At the same time, such folly prevents any viable human strategies for intervening in the new great transformation of planet Earth to secure some potential human role in salvaging a livable world. With the population that identifies primarily as consumers and whose livelihoods are continually squeezed by the concentration of wealth and power among corporate and financial elites, little room remains for democratic deliberation of the uniquely contemporary predicament of life or death into the Anthropocene.

The death of neoliberal corporate economics as the driving force shaping society will allow the birth of new societal formations shaped around their relations to the ecosystems in which we live. That will take too long if the end of the industrial era is allowed to simply run its course. The converging crises of ecosystem and climate collapse require immediate and extreme collective action.

For that to happen, however, the most recent estimates suggest that humanity must severely curtail the consumption of fossil-fuel energy to the point of, at most, zero net carbon emissions within less than a decade. That requires human energy and societal innovation dedicated to restoring damaged ecosystems and reorganizing societies for survival. Only by abandoning industrial consumerism can we create the kind of society we need to survive.

We must adapt to the extreme weather events that we have already forced to occur by refusing to constrain carbon emissions during the past several decades. However, that will not be nearly enough. We must act precipitously to stem the tide of ecological and climate collapse. Forcing the death of neoliberal economics must also involve the death of the culture of industrial consumerism, which together offer a chance for that “creative destruction” to forge a new beginning.

It is not easy to imagine the level of mitigation that has become necessary to allow viable adaptation to the level of climate chaos that is already in the pipeline. Past and present failures to even consider the first steps toward comprehensive societal reorganization make the task much more difficult. Yet, we must now undertake even more far-reaching strategies of mitigation by radically reducing extraction, production, and consumption where it is most robust—the industrial nations of the global north—not spread it across the planet. Otherwise, we risk not only the severe impacts of climate chaos but also societal collapse.